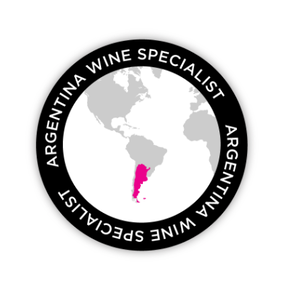 Charlie has augmented his practical knowledge with a variety of wine studies, including specialist certifications.

Charlie is a Spanish wine expert and is currently enrolled in the Spanish Wine Scholar program of the Wine Scholar Guild. He became a certified Cava Expert after writing a thesis on "Augmenting non-seasonalized D.O. Cava wine sales through increased research and redistribution of marketing priorities." He is also received the Cava Educator title from the Consejo Regulador D.O. CAVA. Charlie earned the Sherry Wine Specialist certification (CSWS) from the Wine Scholar Guild with highest honors, and completed the Curso Avanzado de las DOP Vinos de Jerez y Manzanilla-Sanlúcar de Barrameda, the Aragon Wine Expert Diploma, and the Rioja Wine Diploma for trade and distribution.

Beyond Spanish wine, Charlie has passed Level 3 (Advanced) certification in the wines of California and holds the Society of Wine Educator’s Hospitality Beverage Specialist certification (HBSC), the Argentina Wine Specialist (AWS) title from the Napa Valley Wine Academy, and the Champagne Course certificate from the Comité Champagne. He has completed courses on wine and sensory analysis from the University of California (Davis) and other wine courses from University of Adelaide, Trinity College, Cape Wine Academy (South Africa), School of Port, Fairleigh Dickinson University, and the California Wine Institute. He is currently enrolled in the Wine Business Management Certificate program of Sonoma State University. He earned PhD and MA degrees from Cornell University, recently completed ThePowerMBA program in Spain, and received a Food & Beverage Management certificate from Bocconi University. He has taken courses on wine sensory analysis, wine production, and cheesemaking with Washington State University.

What People Are Saying

"Charlie is a man who can be trusted. Responsible and focused he carries out what he sets out to do. Educated and elegant, great companion and grand person."

"Charlie Leary is one of those names I will always associate with the ultimate in hospitality quality and professionalism. I am most familiar with his involvement in creating and operating the extraordinary Trout Point Lodge in Nova Scotia, Canada. As I followed the activities of Charlie developing the property, it was apparent that he brought an international depth of experience that was so welcome and enlightening for the local offerings. From product development, marketing, guest service and professionalism the absolute best was all that was on display at the property. Beyond the activities with the Lodge, the importance of participation in the community was always apparent as his involvement in various local endeavors benefited the region as a whole."

"Charles has many years experience in the tourism , food and hospitality sector. His culinary skills are through the roof , often choosing local products to put together elegant and delicious food."
Jan
"I'm really very happy with your service." 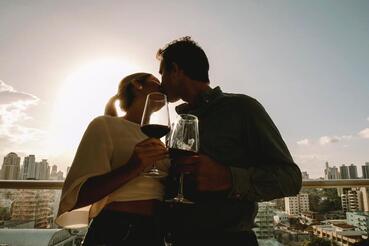 Aside from wine, Charlie Leary previously built and operated a specialty agriculture enterprise in Louisiana, for which he won the inaugural Tibbetts Award from the Small Business Administration, a national honor. Charlie also counted among the first North Americans inducted into the French Guilde des fromagers in 1994, recognizing his skill at artisanal cheesemaking. He then founded and operated restaurant and hotel businesses in New Orleans, Costa Rica, Nova Scotia, southern Spain, and southwest France. He recently completed ThePowerMBA program (in Spanish) and holds PhD and MA degrees from Cornell University. Charlie earned a certificate in  Real Estate Economics and Finance from the London School of Economics and Political Science in 2020, and currently studies SEO through the University of California, Davis. LinkedIn profile.

Charlie is supported in Panama City by David Hernández, who studies audio-visual production at the University of Panama.