The​ Only Guide to Wine Studies 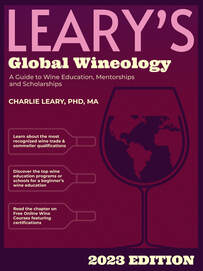 Leary's Global Wineology: A Guide to Wine Studies, Mentorships, and Scholarships will be published November 18, 2022 as an eBook with a print edition forthcoming. The book will be available through Apple Books, Amazon, Kobo, and Google Play.

This is the only complete guide to wine education programs, classes, and scholarship. Those wishing to increase their understanding and appreciation of wine for personal enjoyment or social know-how, and those who desire to pursue or advance a professional career in the wine industry now confront a plethora of wine education options with a confusing array of titles, degrees, certificates, and specializations.

Some wine education is free and short, while other programs can cost dearly in time and money. Some courses of study take a few hours and others a few years. Institutions offering wine education vary from state colleges and universities to non-profit organizations and many profit-seeking companies. Sommeliers require training that may be mostly useless to vintners. Someone who wants to deftly handle ordering wine in a restaurant probably doesn’t want to learn about wine chemistry or Integrated Pest Management. Which program is right for you? What’s the difference between an MS and an MW or an MS in viticulture? Is the education for a CWE the same as that for a WSET Diploma? Are some schools better for learning about wine journalism than the wine business? This book will help answer such questions.

There are chapters on wine studies programs and credentials, including for sommeliers and those working in the wine trade; university viticulture and enology programs; wine business study programs; free online wine education courses; wine studies scholarships; and wine mentorship programs.

"This groundbreaking book on wine education will be useful to business owners as well as wine enthusiasts. When I bought my wine business, I looked far and wide for guidance on classes or programs to strengthen my wine knowledge. Nothing existed. It was an arduous task to figure out which course to take amongst the so many offered! Charlie Leary has now filled that gap. It will be useful to me not only in assessing candidates for employment, but also as a resource in training my staff. This guide is indispensable for anyone in the wine trade, writ large, and has lots of information of use to the general wine-drinking public who want to learn more."
Sajive Jain, Owner of Bottle Barn, Sonoma, California
Leary's Global Wineology can be ordered from the following booksellers:
​Amazon
​Kobo
Apple Books
​Google Play 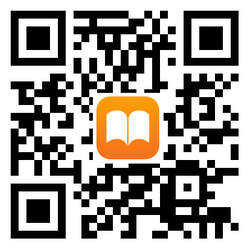 The Author
Charlie Leary writes about wine and wine history from his base in Panama City, Panama. A member of the Circle of Wine Writers and Phi Beta Kappa, he earned his AB in history with high honors & distinction from Kenyon College, magna cum laude, and PhD & MA degrees in history from Cornell University, where he won Mellon and American Council of Learned Societies fellowships. He also studied at University of Oregon, Indiana University, Nanjing University, Peking University, and the Harbin Institute of Technology. He more recently completed an online certificate in real estate economics and finance through the London School of Economics and Political Science and ThePowerMBA online program in Spanish.

Charlie developed and taught the first class on modern Chinese history for Tulane University before becoming an organic farmer and artisan cheesemaker in Louisiana’s Florida Parishes in the early 1990s. The Guilde internationale de fromagers inducted him as a member in 1994. He then turned to hospitality and operated small hotels and restaurants in the United States, Costa Rica, France, and Canada, also serving as an award-winning wine director. His businesses won various accolades owing to his efforts, including being a finalist in the National Geographic Society’s worldwide Geotourism competition and winning the first annual Tibbetts Award from the US Small Business Administration as well as the Parks Canada Sustainable Tourism Award. Five Star Alliance twice named his tiny Nova Scotia resort among the World’s Best Restaurant Hotels.

In 2016–17, he helped train ITHQ sommelier students during work placements and around the same time started an IGP vineyard in Andalusia. He developed and taught culinary and wine classes for tourists in Canada, Costa Rica, and Spain over seventeen years. Random House released his Creole cookbook in 2004. His recipes have also been published in Food & Wine and numerous other magazines and newspapers.

Charlie has written on the wine industry, wine education, and wine history for Sommelier Business, Sommelier Choice Awards, TimAtkin.com, Jane Anson’s Inside Bordeaux, and the Halifax Chronicle-Herald, among others. He also works as a freelance editor in the business and finance center of a major academic editing service.